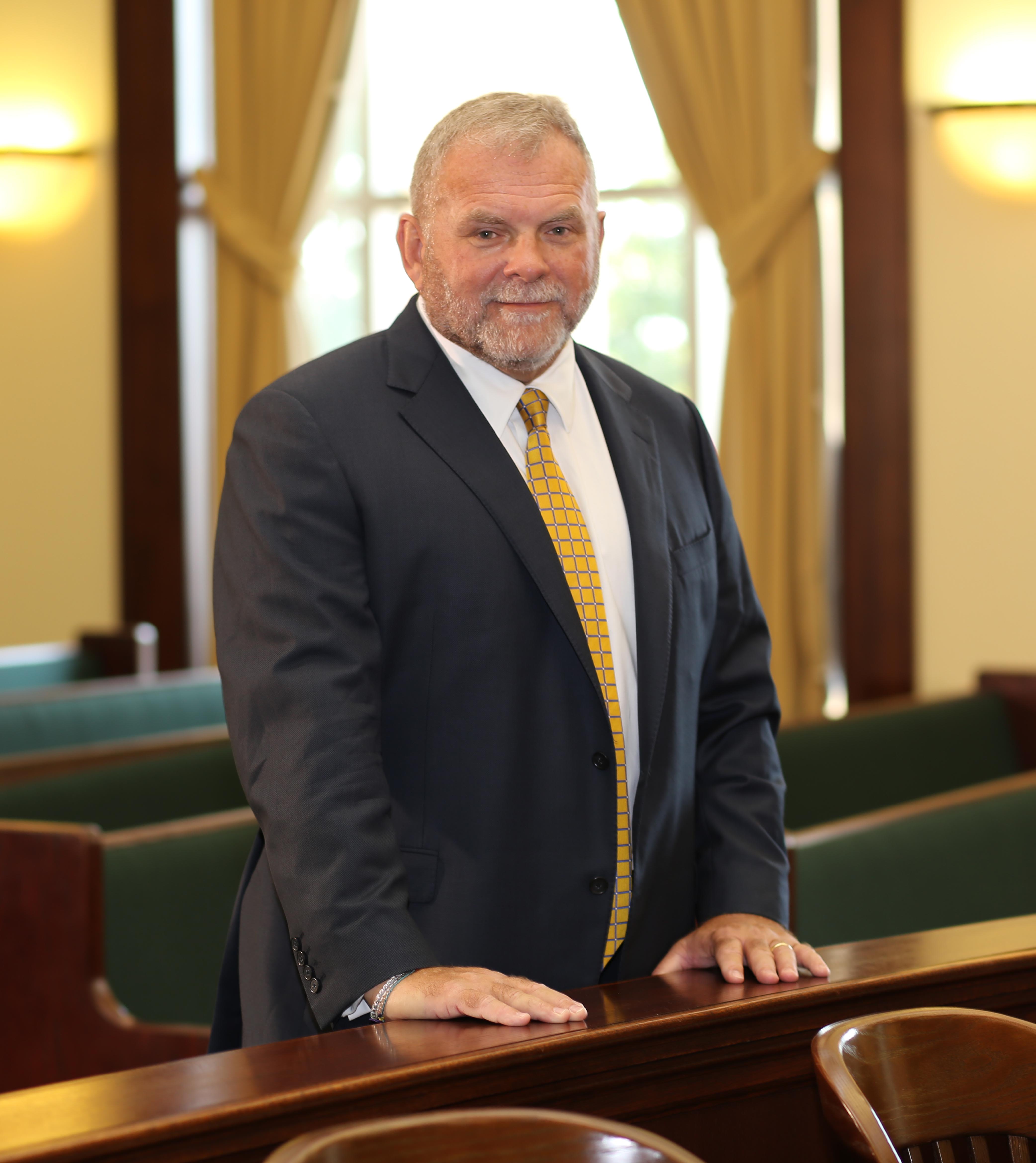 Leslie S. Robinson was born and raised in Greenville, North Carolina. He graduated from East Carolina University and immediately thereafter, attended Campbell University School of Law where he received his Juris Doctorate degree in 1986.

During law school, Mr. Robinson was a staff member of the Campbell Law Review, a membership based organization for law students who rank in the top 5% of their class. He was also a member, by invitation, to Omicron Delta Kappa, Phil Alpha Delta and Order of Barristers. In addition, Mr. Robinson was a case summary writer for the Campbell Law Observer, a student published legal publication. As a member of Campbell’s 1985 moot court team, he participated in the national finals for the American Bar Association’s Appellate Advocacy Competition before the U.S. Supreme Court in Washington, D.C.

After graduating from law school, Mr. Robinson returned to Greenville where he entered into private practice in August 1986. Since that time, he has tried more than 3,000 bench and jury trials. Mr. Robinson has represented and successfully defended individuals at both the trial and appellate court levels in criminal cases involving traffic violations; alcohol and drug offenses, such as driving while impaired, provisional licensee alcohol violations and drug trafficking; assaults and violent crimes, including crimes of domestic violence and capital murder; theft and property crimes; sex crimes; computer and white collar crimes; probation violations; and firearm offenses. He has given oral arguments in criminal cases, by invitation, to the North Carolina Court of Appeals and the North Carolina Supreme Court, and successfully argued numerous criminal cases before the appellate courts of North Carolina.

Mr. Robinson has been repeatedly elected by his peers to leadership positions in local, district and state bar organizations. He served for nine years as the elected Bar Councilor representative to the North Carolina State Bar. As Bar Councilor, he served on numerous committees in the capacity as committee member, Vice Chair and Chair.

He was recognized by Business North Carolina magazine as a Legal Elite in 2014, 2015, 2016 and 2017, and was named to the Legal Elite Hall of Fame in 2018. He was also highlighted in Super Lawyers Magazine’s recognition of outstanding lawyers from more than 70 practice areas six years in a row (2015 to 2020). Robinson is also recognized as being the first lawyer in the state to obtain pretrial dismissal of criminal charges and the grant of civil and criminal immunity based upon the castle doctrine.

Mr. Robinson regularly volunteers his time as a speaker to community sports and school groups involving teenagers on the topics of alcohol and drugs use, peer pressure and wise choices. He is also a member of numerous civic and charitable organizations that raise funds to serve disadvantaged youth and adults living in Pitt County. He currently serves on the board of a local nonprofit, Caitlyn’s Courage, which supports victims of domestic violence.

A lifelong hunter and saltwater fisherman, Mr. Robinson actively advocates for conservation of our fish and game resources.